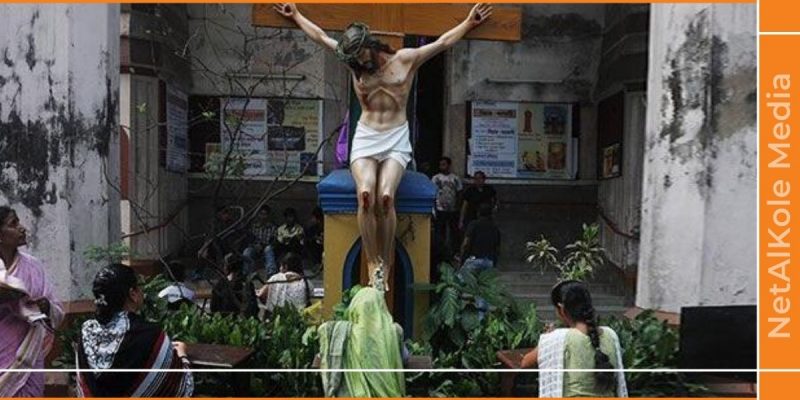 Holy Week, the time when the end of the forty days of fasting and penance that make up Lent is celebrated, is deeply rooted in many countries of the world, where performances of the Passion of Jesus Christ take place..

Today we present to you ten places where Holy Week is celebrated with the greatest fervor, such that all these countries have become an essential tourist destination for travelers who love religious acts.

The celebration of Holy Week in Spain has a deep-rooted tradition. It is organized by the many brotherhoods that each locality has across the country, with numerous acts and processions in which steps and images come out into the streets, often carried by porters. Its importance is such that Spain has more than twenty of them declared as Festivals of International Tourist Interest and another twenty as Festivals of National Tourist Interest.

Italians celebrate Holy Week in the same way as Spaniards. Processions parade through their villages and rites and cults that commemorate the Passion of Christ are practiced. Likewise, the most important days are Maundy Thursday, during the commemoration of the Last Supper; Good Friday, with various Stations of the Cross; Holy Saturday, with the announcement of the Resurrection of Jesus; and Easter Sunday

Holy Week in Jerusalem, the capital of Israel, begins on Palm Sunday, with a procession that goes from the Mount of Olives to the historic center. However, the next activity does not take place until Maundy Thursday, when the Eucharist is celebrated in the Holy Sepulcher and the pilgrimage to the Upper Room on Mount Zion, followed by meditation in the Garden of Gethsemane and a procession to the Church of San Pedro. There are more events on Friday and Saturday, until Easter Sunday the Gospel is read in several languages, and on Easter Monday there is a pilgrimage to Emmaus.

All of Colombia turns to celebrate these dates, but if one celebration deserves special mention, it is Holy Week in Popayán, where processions have taken place since the 16th century, between-Friday of Sorrows and Holy Saturday .

Here, marches made up of beautiful wooden sculptures are brought down the street, carried by cargo ships, so reminiscent of those that are part of the processions in Spain. The importance of this tradition is such that the Holy Week of Popayán was inscribed on the Representative List of the Cultural Heritage of Humanity by UNESCO in 2009.

In Peru, Holy Week is celebrated with great anticipation. The processions that are organized throughout the country stand out, as in Catacaos, one of the places where many faithful gather. It begins on Palm Sunday, with the arrival of the Triumphant Lord, accompanied by the Virgin Mary and Saint John the Baptist.

Holy Week in Mexico begins on the Friday of Sorrows, before Palm Sunday, and many processions and representations of the Passion of Christ take place in many places, such as Oaxaca. One of the most popular days is Easter Sunday, when paper dolls representing Judas are burned, although for some time it has also been used to do the same with those who imitate other characters equally despised by population.

Throughout Ecuador there is a tradition of celebrating the end of Lent, but one of the most characteristic acts takes place during Holy Week in Quito, Holy Wednesday, whose origin is a Roman ritual. This is Caudas Dredging.

Eight bishops go out in procession, in mourning, with caudas (large capes), each accompanied by two acolytes and a cape-bearer. The march is closed by the Archbishop, with a reliquary with the remains of the cross where Jesus died. Once in the temple, the monks lie down on the ground, while the archbishop takes a large black flag with a red cross, touches the altar with it and waves it three times in the air. Then, he touches the lying men so that they get up, symbolizing the resurrection.

Holy Week is celebrated throughout Nicaragua. Among the traditions of these dates, the orchard stands out, which is held on Passion Saturday in the afternoon, when an image of Jesus is brought into the churches and is kept awake all night, while a kind of market is held in the orchard. With sale of religious articles, and traditional dishes and drinks are served accompanied by religious songs and representations of the passion, death and resurrection of Jesus.

Holy Week in Guatemala is also characterized by processions and colorful carpets. The fusion that has occurred between the Catholic religion and the Mayan culture gives it a mystical and unique air in the region. Such is its color and its spectacular processions that it has become a real attraction for tourists.

United States
Foreign communities, with their brotherhoods, celebrate Holy Week in the United States. There are two places where the survival of the tradition stands out: New York and California.
The New York brotherhoods venerate and guard the image of the Black Christ which is in the Cathedral of San Patricio and which attracts a large Hispanic population. In California, the representation of the Passion of Jesus Christ is even celebrated through a Stations of the Cross which has a large audience.