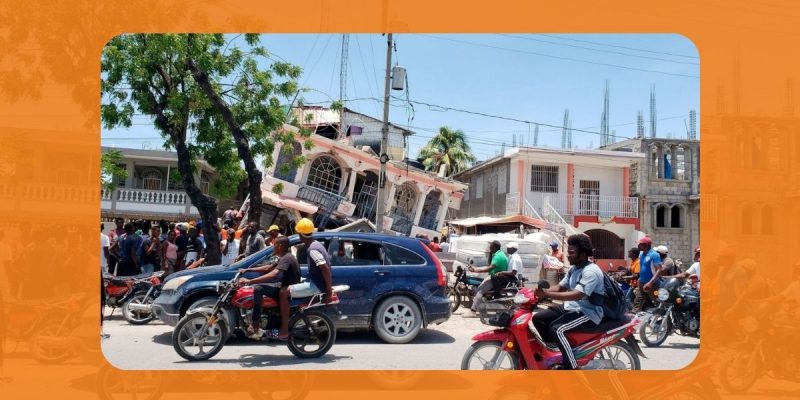 The organization Doctors of the World, which deplored that the country is in “critical need”, indicated that the situation worsened following the earthquake of magnitude 7.2 on the Richter scale which took place in August and left over 2,000 dead, 60,000 buildings collapsed and over 75,000 buildings damaged.

The NGO Doctors of the World warned on Monday that 4.4 million people, or about 40 % of the population, need humanitarian aid in Haiti, where nearly half a million people live without running water.

With the arrival of new earthquakes in January 2022, the population went into a "panic", according to a press release from Médecins du Monde, which stressed that there is a strong demand for psychological help from the Haitians.

The coordinator of the NGO in Haiti, Nicolas Demers Labrousse, deplored that five of the nine hospitals with which the organization works suffered serious damage. “Six months later, we are asking for attention to be paid to this country.” “The combination of earthquakes, hurricanes and pandemics, along with one of the most precarious health systems in the world and high levels of violence, make Haiti a country in a permanent health emergency” , he said.

United Nations data indicates that 23 % of the population does not have access to essential health services. About 40 % of people who do not have access to health care are minors and 65 % are women and girls. This represents an increase of 26 % compared to 2020.

In addition, more than 71,000 Haitians suffer from infectious and chronic diseases, while 456,000 inhabitants live with poor water and sanitation services, which can cause acute diarrhea, typhus and even cholera.

The maternal mortality rate is the highest in the Americas, with 529 deaths per 100,000 population. Although the needs are great, humanitarian aid is often hampered by roadblocks erected by armed groups.

“Now it is more difficult to reach the communes in which we work, such as Grand Goâve and Petit Goâve, south of the capital. A journey that usually takes just over two hours and can only be done by helicopter to a safe point that avoids the most conflicted areas of the city. For the transport of medical equipment, we coordinate with organizations that have a maritime freight transport network,” said María José Venceslá, coordinator of Médecins du Monde Spain in Haiti.