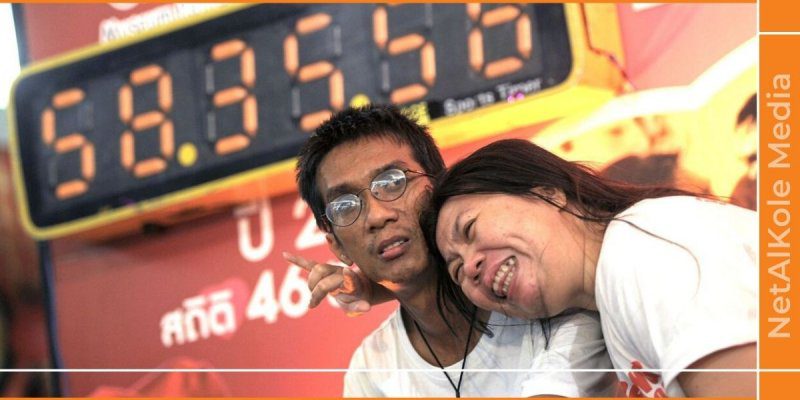 On Valentine's Day 2013, a Thai couple broke the world record for the longest kiss, kissing for 58 hours, 35 minutes and 58 seconds.

Ekkachai and Laksana Tiranarat exceeded on February 14, 2013, the record for the longest kiss in the world of 50 hours, 25 minutes and 1 second.

In this competition called “kissathon” 9 couples participated to determine which of them would be able to hold the title and win $3500 American as well as two diamond rings.

The contest rules were strict such as no sitting, no sleeping, and never taking off, whether drinking through a straw or going to the bathroom. Some participants fainted during the competition.

Already holders of the title in 2011, Ekkachai and Laksana Tiranarat spent two days glued by their lips, distancing the eight other couples who came to try the feat and beat the old record of 50 hours, held by a couple of men.

This competition was first launched on June 15, 1981 with 8 couples, which had been reduced to only 4, and the record was 17 hours, 25 minutes and 15 seconds. The couple had won a trip to Tunisia but the man was married and his wife discovered the case in the press. So far, the Thai couple's record has not been broken.

League of Nations: Haiti will receive its matches in the Dominican Republic