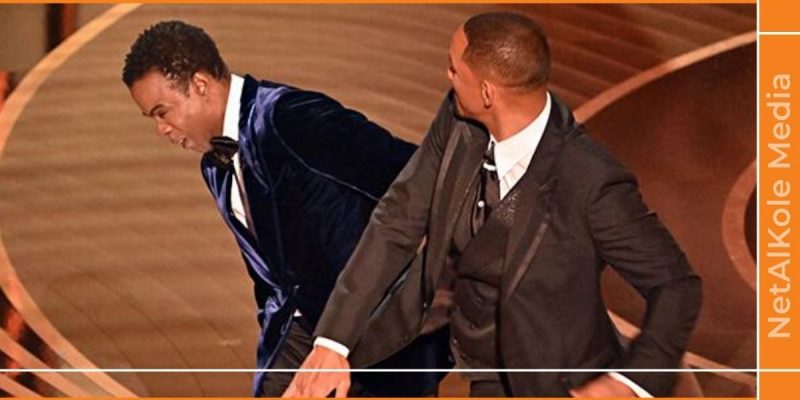 The 94th Oscars ceremony was quite special this year: while spectators, television viewers, Stars attended this prestigious ceremony this Sunday which rewards the best actors and cinematographic achievements, comedian Chris Rock was slapped by Will Smith, after he made a joke about his wife's haircut.

Jada, visibly disturbed by this comparison, rolled her eyes. Will Smith who was laughing about it, then went on stage and slapped Chris Rock. This gesture left the many assistants of the ceremony stunned and flabbergasted. You could see the reaction of some stars who attended the scene.

Will went back to his seat but yelled "Let my wife's name out of your fucking mouth" at the visibly shaken presenter, who justified himself by saying it was just a joke about the movie On Equal Arms .

"It was the greatest night in television history," said Chris Rock, who didn't lose his sense of humor after the slap.

In the past, Jada Pinkett Smith has openly discussed her alopecia (excessive hair loss) which is the cause of her current haircut.

Will Smith still won the best actor award for his role in the film “King Richard”, in which he played the father of tennis stars Serena and Venus Williams.

In his acceptance speech, Will apologized to the public and the Academy, arguing that love makes people do crazy things, while also pointing out that Richard Williams (the man he played in the movie) was a true family advocate.

Troy Kotsur, the first deaf actor to win an Oscar