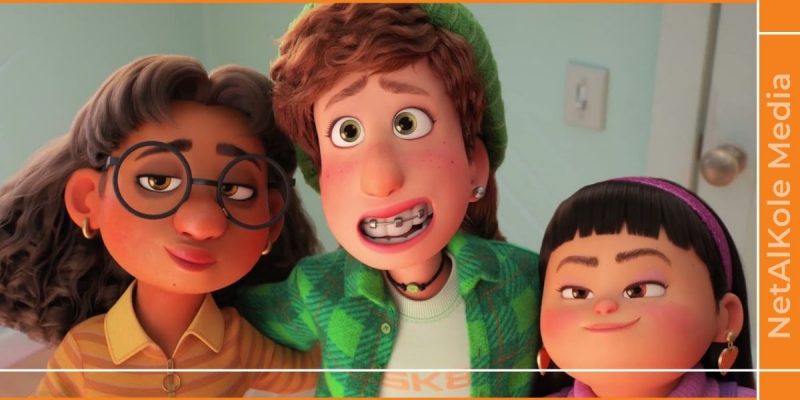 Although often explored in animated films, the passage from childhood to adolescence is not always exploited in its entirety. Crises and disturbances emanating from this transition are always mentioned, but menstruation never is. Pixar Studios is changing the game.

Totally directed by a woman and available on the Disney+ platform since March 11, Red Alert is the new cartoon from Pixar studios. It tells the story of Meilin Lee, a self-assured 13-year-old girl torn between honoring her parents, remaining the role model girl her mother is so proud of, remaining true to herself, and the chaos of life. 'adolescence. Whenever she is overwhelmed by her emotions, she transforms into a giant red panda. She then withdraws into herself and her mother, worried, wonders if her daughter is not preparing for her first period.

“I wanted to evoke this complicated moment of puberty and add a little magic to it. I chose red pandas, first because I love them and they are never represented. And then, they have a lot of hair, they are red and, for me, it is the color of adolescent trouble: the one you take when you are embarrassed or angry. It is also that of menstruation, of love, of desire. We've all been there, from the age of 13, there are those moments when we look at ourselves in the mirror and we discover that we have gained ten centimeters, we are always hungry, we have hair, emotions which go in all directions: it says something to everyone, “explained Domee Shi, the Chinese-Canadian director.

In addition to discussing menstruation, the cartoon directed by Domee Shi, a Chinese-born storyboard artist and director at Pixar since 2011, also shows and talks about period protection for the first time, which has been widely praised.

“How I cried when I saw sanitary napkins in Red Alert! Women are too often reduced to minimal versions of themselves, either sexualized or simply made invisible. So to see the detail of all the periodic protections on the screen, listed with such normality, is moving”, testifies a young woman who viewed and appreciated the cartoon.

We can say that the world is taking a step forward. Because menstruation and period protection are trivialized subjects and considered taboo. It's only recently that manufacturers of sanitary napkins are using red liquid instead of the traditional blue in pubs.

Red Alert is a coming-of-age story about a girl learning to grow and deal with changes in her body and changing relationships with her mother and friends. This cartoon also shows teenagers that this time in life is going to be complicated, scary, funny, awkward and embarrassing but it's going to be okay and it's normal.