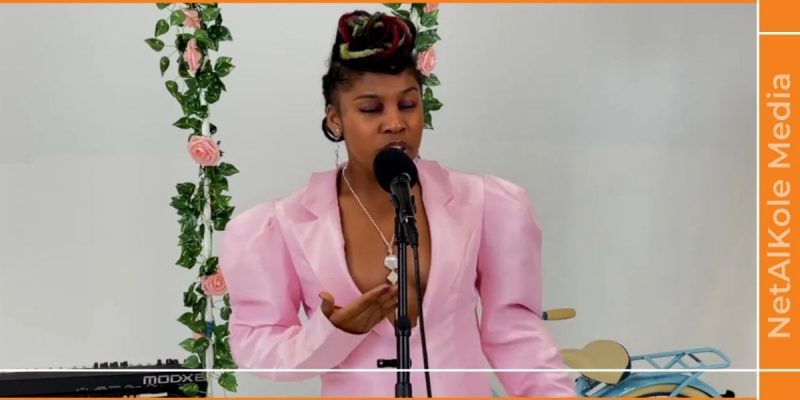 As announced, Tafa Mi-Soleil offered a unique concert to the general public to celebrate its 24th anniversary in style. This virtual performance was an opportunity for the artist to show her special love for the many fans who have supported her against all odds since she launched her solo career 2 years ago.

At the entrance, dressed in a pink blazer dress, Tafa presented the context of the production of the show to the public, in a decor as simple as it is appropriate: Small blue bicycle and flowers in a decorative role. Then, she began to deliver the goods in the company of two musicians: Harold Saint-Louis, dit Ti Harold dit Ti Harold on the piano and Rodney Merard with his drum and bar chimes. 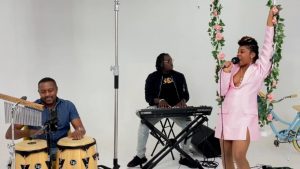 The artist first sang “Pinga”, the first track from his latest EP. From this interpretation, a strong emotion was felt through the voice of the nugget. Then, she interpreted "Bad boy" by Yseult before continuing with the song "Reponn". 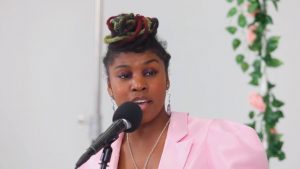 Subsequently, the voice of Dife interpreted "Ban m di w", one of the flagship songs of Stevy Mahy, the Guadeloupean artist of Haitian origin. Tafa concluded the evening with "Mizik sove vi m, pat2", a favorite song with which she launched her solo career in March 2020.

The public – who were numerous to follow the show through the various pages on which the concert was broadcast – were visibly very satisfied. Many of them have also expressed their satisfaction in comments, while blaming Tafa, at the end, for the duration of the show which was less than half an hour. As we often say in Creole “zonbi goute sèl, li pa mande rete”.

This great concert is a new attestation of the immensity of the talent that resides in Tafa. She couldn't celebrate her birthday better. In addition, remember that in a short interview with Netalkole Media ahead of her concert, she informed us that the public can expect a lot from her in the coming days, including collaborations and new artistic creations. .

"Red Alert", the new cartoon that talks openly about menstruation