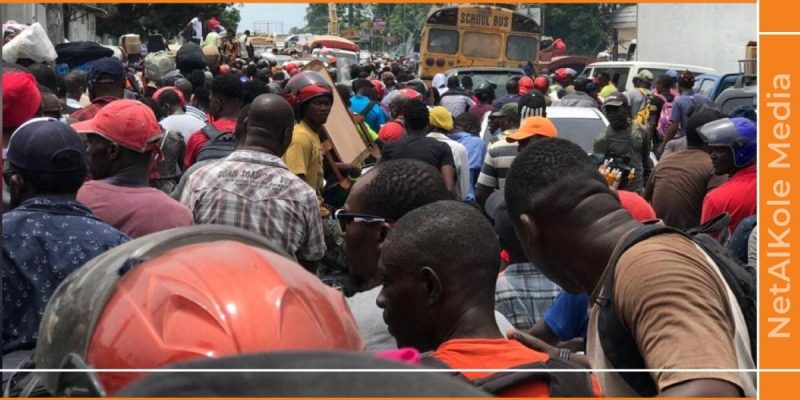 Moving freely in the capital has been almost difficult for a few days. Several arteries in Pétion-ville, Delmas and Tabarre are difficult to access even for motorcyclists. The cause: the shortage of fuel, and the insecurity that prevails in Croix-des-Bouquets, among others.

Long lines of cars waiting in the hope of refueling at service stations. A situation that directly affects the smooth running of traffic, since the public road is blocked.

More dedicated drivers drive in the wrong direction under the tired gaze of certain traffic officers who can only see the monster traffic jam that dominates the streets.

At the same time, other vehicles avoid the Plaine du Cul-de-Sac at all costs, where for several days bursts of cartridges have been ringing out due to a war between the “Chen mechan” and “400 mawozo” gangs.

Also in downtown Port-au-Prince, this same situation has been irritating peace since 2021 with “Babekyou” and its coalition – G9 an Fanmi e alye, which controls several areas.

Cars and motorcycles now use the least risky routes, creating an unprecedented blockade. Once in the middle of the traffic jam, it takes whole hours to reach your destination. The most impatient prefer to take the road on foot.

The founder of the PLANSPA party, Dieudonné Lhérisson is dead

The French Embassy supports the Lekòl Nou project in Haiti