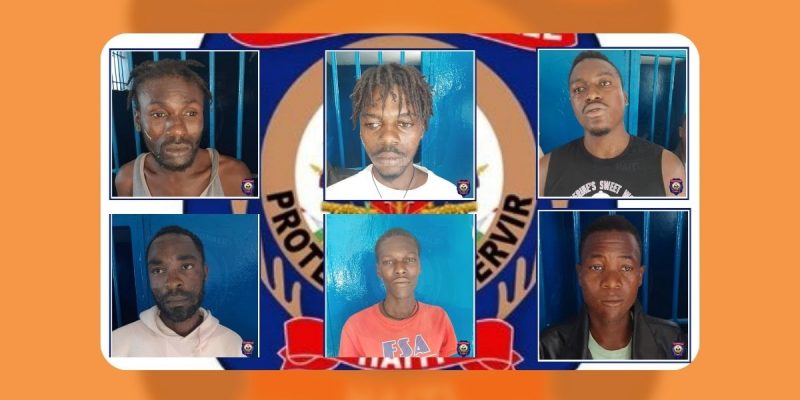 Following an operation carried out in the locality of Rosembert, Bon Repos, this Wednesday, October 20, the National Police of Haiti possessed the arrest of 6 individuals who would be part of a gang of the commune of Croix-des-bouquets .

According to the publication of the PNH, citing public outcry, these individuals are members of a gang that is spreading terror in the area, with Patrick, as well known, as the main leader. These arrests are made at a time when the inhabitants of the commune of Cross-bouquets live an ordeal because of insecurity.

At least 119 cases of kidnapping identified since October, according to CARDH