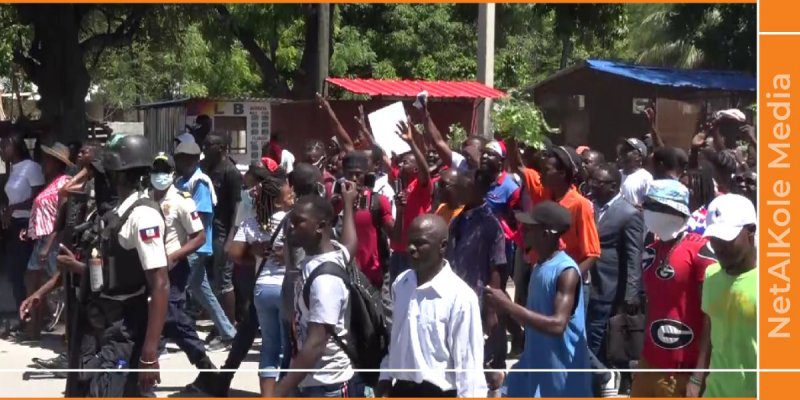 Several dozen people took to the streets on Friday May 6, 2022 in the Plaine du Cul-de-sac to denounce the growing insecurity that has plagued their community since the offensive of the “400 mawozo” against an opposing gang – “Chen mechan”.

For several days they have been confronted with extreme violence: murder, some of which by lynching or burning, fire and looting of property, repression and flight.

In a statement, the United Nations Integrated Office in Haiti (BINUH) even spoke of at least 75 dead including women and children, 68 injured, and at least 9,000 displaced.

Women and men – affected by this alarming situation, defied the insecurity in the streets of Croix-des-Bouquets, Croix-des-missions, Butte Boyer, Santo, Shada, to call on the Haitian State to take its responsibilities in this tragic part.

Accompanied by agents of the National Police of Haiti (PNH), the crowd did not mince words with regard to state authorities and politicians. "The real responsible for their ordeal are the politicians who arm the gangs", denounce survivors.

Daily activities have timidly resumed in the plain since the strong interventions of several specialized units of the PNH at Croix-des-missions, among others, but it is still too early to rely on this apparent peace.

War in Ukraine: The journalist who had made his marriage proposal on the front was killed in the fighting

75 people killed in the plain by bandits, the UN calls on the Haitian State to act