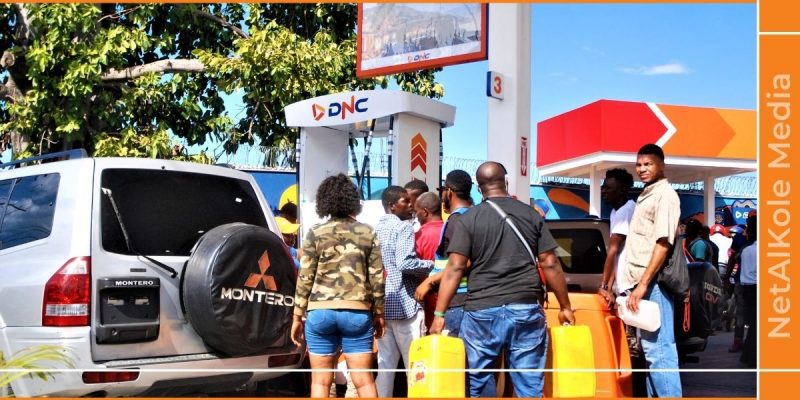 The sale of fuel in containers greatly affects the local market. Gas station attendants at various service stations in Delmas and Pétion-ville – among others, promote the sale of black gold in containers instead of supplying the tanks of vehicles (cars, motorcycles).

For more than a week, in the face of the oil shortage that persists in Haiti, people have been piling up under the pumps in the hope of having a few drops of gasoline, even if several others hope to resell the fuel on the market. black at a price of gold, it was noted.

Indeed, on several occasions a team from Netalkole Media took care to haggle over the price of gasoline on the sidewalks in Pétion-Ville, Delmas, particularly on the road to the airport, and in Gérald Bataille – for three consecutive days , and the gallon of gasoline went from 400, 500 to 750 gourdes at least.

Vehicle owners denounce this wickedness which makes the happiness of a small group: the dealers (its)

The Minister of Trade and Industry (MCI), Ricardin Saint-Jean – to allay consumer concern over rumors of an increase in petroleum products – announced Monday, April 25, 2022, during a press conference, that "no fuel adjustment on the local market is envisaged by the government".

Also, the holder of the MCI had informed of the arrival of two boats of petroleum products for April 28th. This umpteenth cargo will come to appease the current scarcity.

At the same time, it should be remembered that several tanker trucks supplied local petrol pumps. Despite this, getting supplies remains difficult and can cost hours of waiting and struggling.

The office of the departmental delegation of Jérémie was vandalized