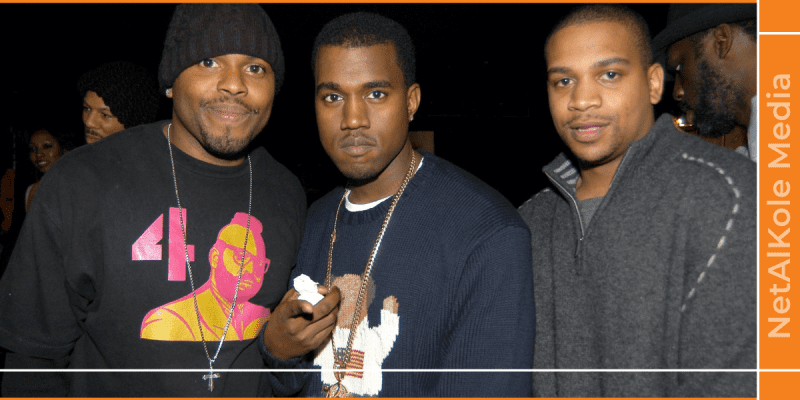 Alright, looks like Coodie and Chike got a massive bag for footage from Kanye West's documentary. The two are the principal directors of his documentary Jeen-yuhs. It's no surprise, then, that their fortunes have been seriously on the rise since its popular release on Netflix.

After the release of his docuseries, the creativity and filmmaking behind the camera was truly recognized: and it all came down to two people, coodie and Chike.

Coodie Simmons whose real name is Clarence Simmons Jr and Chike Ozah are creatives, who helped on the documentary jeen-yuhs. Coodie is barely seen in the Netflix documentary, but his skills are on display throughout the series.

As the documentary begins, Chicago-born cinematographer and lead narrator Coodie talks about how he once worked in the comedy business before getting a job at a local hip-hop station where the name Kanye kept popping up.

After locking down an interview with the rapper, he ended up following Ye's career across the United States. chike, resident of New Orleans, helped design motion graphics for MTV when he joined coodie for the first time.

Chike had studied video skills at Savannah College of Art and Design and progressed to New York where he earned the job of MTV. Coodie had recently moved to the city that never sleeps after feeling the need to capture the success of Kanye West.

International Women's Day: everything you need to know?