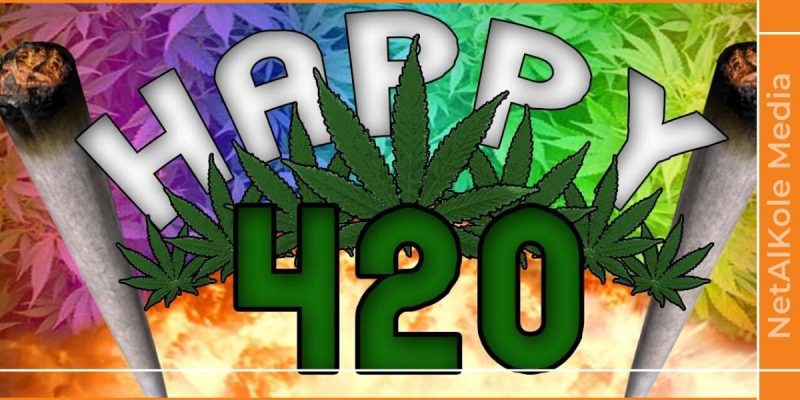 Weed, Marie-Jeanne, beuh, ganja, or even Teush: so many names to designate one and the same thing. April 20 is recognized around the world as the day of the weed, fans of this herb meet and celebrate it in joy and in smoke and wish each other happy 420.

Joints of various and varied sizes, chillums or water pipes, hollowed-out coconut receptacles, the imagination of herb lovers is boundless when it comes to celebrating the day of April 20, called “Weed Day” or “420 ”. In US states where weed is legal, large gatherings are held in parks or other public places.

Apart from large gatherings, others meet with friends or family to share a joint. This practice would be, according to the followers of the tradition, more in keeping with the spirit of the 420.

The term has taken on such importance that 4:20 a.m. has traditionally become the most auspicious time to light a joint, and April 20 (4/20 for English speakers) is unofficially an international day of celebration.

But what is the origin of this celebration?

Several theses try to explain the expression 420. The most widespread would be that a group of young teenagers in 1971, met at four twenty, after lessons, to smoke, under the statue of Louis Pasteur at the secondary school San Rafael, before setting off together in search of a legendary cannabis plantation that would have been abandoned by a coast guard at the time. They never found her, and “420” then became their secret code for meeting up, searching for their treasure without being detected, and talking about weed.

The expression was later spread by the group Grateful Dead from San Francisco, thanks to their notoriety and a series of tours. The group became aware of this expression and the meetings, thanks to the older brother of one of the teenagers, friend with Phil Lesh, the bass player of the group.

The 420 is both a celebration and a protest against what some see as excessive drug laws.