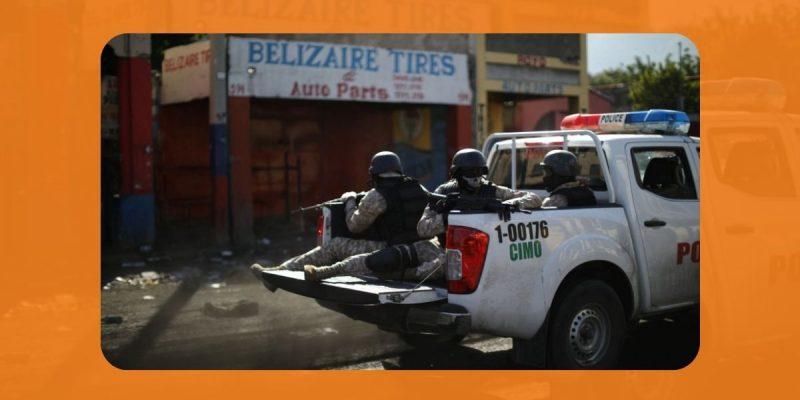 The National Police of Haiti carried out an operation this Wednesday, January 12, 2022, in the locality twawòch 4th rural section Aguahedionde (left bank) in Hinche in the Center department, leading to the arrest of nine people posing as soldiers of the Armed Forces of Haiti (FDH'H), according to a press release from the PNH.

During this intervention leading to the dislocation of a group who posed as soldiers of the armed forces of Haiti. Nine people were arrested, they are Jules Gason, Mulien Bulcé, Jean Claude Adrien, Noèl Sauveur, Dutoire Cherelus, Aguenot Fleguemonaire, Jonas Isaac, Noël Veniel and Bertolin Sevère. They are in custody pending prosecution.

The PNH proceeded to seize a 22 caliber firearm as well as the objects mentioned above, we read in the note. This operation was carried out in front of a justice of the peace, Me Cantave Jean under the direction of the police authorities of the department.

The rate of insecurity is rising day by day throughout the territory, that said despite the announcement at the beginning of the week, of a first phase and the establishment of a second by the Director General ai of the PNH, Frantz Elbé, to combat insecurity.

CAN 2022: Tunisia-Mali, an unprecedented end to the meeting