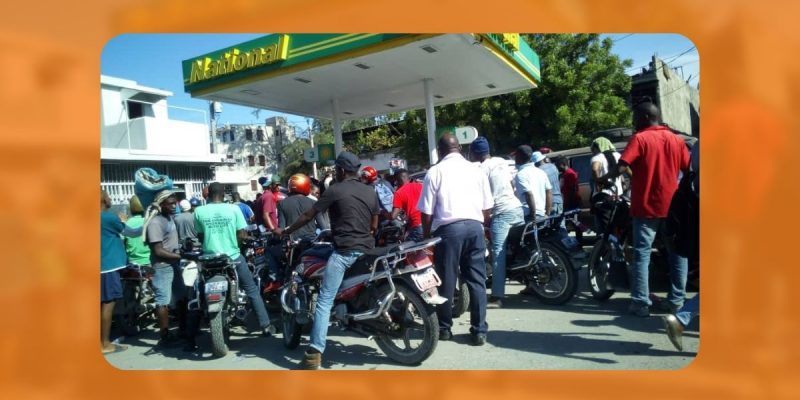 A situation of tension reigns around Delmas 31 until Delmas 41, the population is unleashed and intends to set fire to a gas station of the Total company in Delmas 41.

The pump attendants at the Total station in Delmas 41 have aroused the anger of the population, they only want to sell gasoline by the gallon while some drivers are already there with their vehicles.

The population rises, claims and does not want to listen to reason, it persists in setting fire to this station and the Delmas motorway is impassable at the moment, because many barricades of flaming tires are erected on the road.

Some gas stations were looted and vandalized, learns the writing of some witnesses on the spot. Police are currently at the scene, unsuccessfully trying to calm the anger of protesters expressing their dissatisfaction.

Note that the oil crisis has been at the heart of the news for ages, drivers testify that they obtained an exorbitant price of 750 gourdes per gallon of gasoline which regularly sells 200 to 205 gourdes.

Release at all costs of the 17 missionaries, Canada and the United States go all out