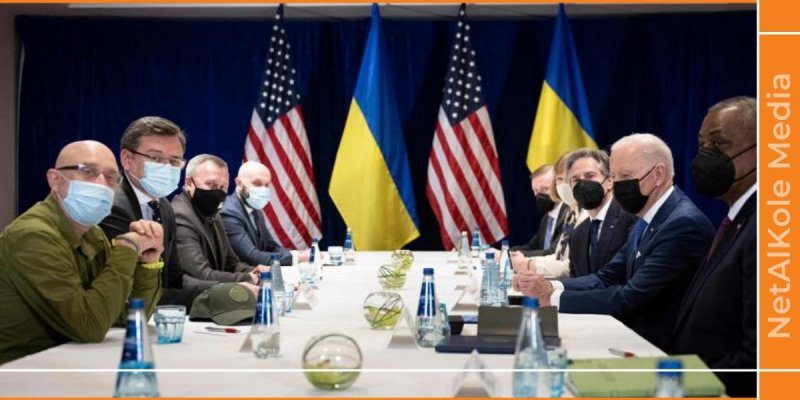 The war in Ukraine continues to rage in the east and south of the country, and the United States of America wants to continue to support it. The American Congress took a first step on Tuesday, May 11, 2022 by evoking the release of a new funding envelope of nearly 40 billion dollars to support Ukraine.

A huge sum that will be allocated to Kyiv following the unwavering support of US President Joe Biden for Russia's current adversary, Ukraine.

President Biden had been asking for several weeks for a considerable extension of a budget of 33 billion dollars to support Ukraine against the Russian invasion, but the Democratic leaders decided otherwise and agreed to go further with a envelope of 40 billion dollars.

The decision must now be voted on in the Senate by next week before being promulgated by the current tenant of the White House.

"Passing this emergency funding quickly is critical to helping the people of Ukraine in their fight against cruel Putin," Senate Democrat Leader Chuck Schumer said Tuesday.

Nancy Pelosi – Democratic Speaker of the House of Representatives – a few hours before this text was adopted by elected officials on both sides, declared that “with this aid program, America is sending the world the signal of our unwavering determination to support the courageous people of Ukraine until victory” against Moscow.

Part of this fund, ie 6 billion dollars, will enable Ukrainian President Volodymyr Zelensky to equip his country with armored vehicles and strengthen its air defence. Nearly 9 billion are also planned to ensure, among other things, "the continuity of Ukrainian democratic institutions", as well as a large humanitarian component, informs the American press.

With this new envelope of 40 billion US dollars, Ukraine will obtain support from the United States equivalent to Cameroon's GDP in 2020.

Since the Russian offensive against its neighbor on April 24, the losses and damage have been considerable.

For Mariupol alone, a death toll of 20,000 Ukrainians has been reported. Volodymyr Zelensky said that around 2,500 to 3,000 Ukrainian soldiers had been killed and some 10,000 injured in the fighting against the Russian invader.

In its camp, Russia has also admitted “significant losses”. Some Western sources speak of 12,000 Russian soldiers killed, while the war is far from over.