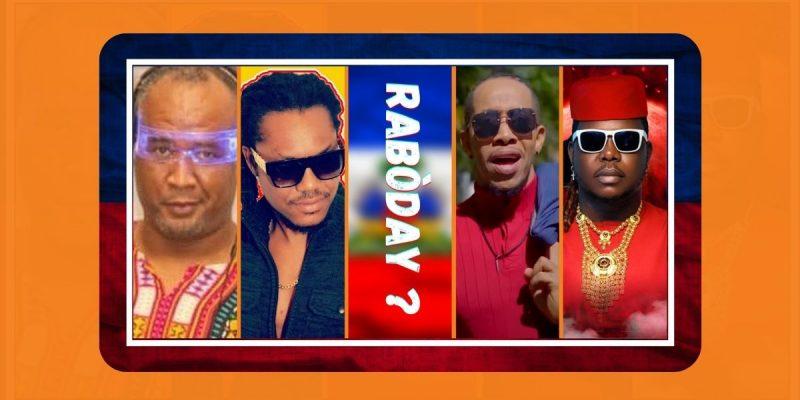 Rap or die '! This group of words would be at the origin of the Rabòday… It is false. The Rabòday is a musical rhythm specific to Haiti. This traditional and folk musical trend is part of the Haitian musical heritage. Older than even the Compass, this rhythm has changed over time. Currently marked by the imprint of electronic music, the Rabòday is not what it was before. There is now a new trend, a new Rabòday which imposes a subject of debate on the true authorship of this new musical genre.

Some people tend to believe that the King Coupé Cloué would be at the origin of this new trend. Given his style of music which is similar to that of Rabòday, a style in which the artist narrates the instrumental. But, Coupé did it on a Konpa rhythm instrumental, the famous Konpa Manba, he did not even know the birth of the new Rabòday.

Neither Fresh La, nor G-Dolph none is the father of Rabòday?

If G-Dolph produced instrumental bases marked by this tendency, he is not the first beat maker to do so, neither is Fresh La, the first artist to interpret a sound of this register. For TonyMix, let's not even talk about it, he's just a last minute heir although we have to admit, he did a lot of promoting this rhythm.

Many people think that it was a group from Port de Paix in the North-West of Haiti, named * Pwojè Pa m * who initiated the trend in 2006, no, because groups like Vwadèzil from Fresh La and Edvanojil had already produced hits of the genre a few years before, in 2004 and the group Kriz had also produced a hit marked by the Rabòday, on the occasion of the carnival in 2003.

If it's not Fresh La, nor G-Dolph, then who is behind the first hit Rabòday recorded in the studio? You have to go back to the early 2000s. You will discover that the first popular studio hit of the Rabòday trend was not recorded by men, but by a teenage girl, and produced by a dj.

So to speak, the new Rabòday does not have a father, but rather she would have a mother, she answers to the name of Shassy. She is the first, together with the dj Full Blast to record a studio hit of the new Rabòday. You probably remember this hit: Ti Tou ...

Close to the rara, the Rabòday makes use of traditional instruments such as the vaccine (bamboo), the tchatcha and the drum. It's a rhythm that is much closer to voodoo, its distortion has given rise to what is called the new Rabòday today.

Will Haiti have a new president from February 7, 2022?